But it isn't. In Plain Sight: the Life and Lies of Jimmy Savile is the first thoroughgoing attempt to try and make sense of Savile's life — his crimes, his place in the nation's culture, the roots of his pathology, his network of influence at the very top of British life, and the still unbelievable breadth and extent of his offending over the course of more than six decades.

Except sense isn't the right word. There is no sense here. This is not a story that has narrative coherence. It's a riveting read; pacy, incredible, gobsmacking, though Savile eludes to the very end. He is impenetrable, unknowable, the black hole at the heart of the book. Davies, however, documents it all: his Depression-era boyhood; his devotion to his mother, "the Duchess"; his wartime experiences as a Bevin Boy down the mines; his almost single-handed invention of disc jockeying in Mecca ballrooms up and down the land; his place at the epicentre of the 60s music scene; his reinvention as one of the biggest stars of 70s TV; his acclaim as a charity campaigner; his knighthoods — one from the Queen, one from the pope — his friendship with Margaret Thatcher; his "mentorship" of Prince Charles; his role as confidant to Lady Di, and, finally, the three-day quasi-state funeral featured on all front pages, on all news bulletins, to which David Cameron, Nick Clegg and Ed Miliband, as well as Prince Charles, sent tributes.

Davies begins with the dismantling of Savile's grave, a six foot-wide, four foot-high triple headstone that had taken the stonemasons eight months to complete. In the wake of the first outpouring of revelations, Scarborough council decided to take it down , a mechanical digger ripping apart the epitaph carved across the bottom: "It was good while it lasted.

Or at least he tried to groom me. He did offer me access, show me kindness. He was charming, he was charismatic, in a very weird, odd way. He was fascinating and the fact that he kept not indulging me, but offering me this access even when I wasn't writing anything about him, even when I kept coming back to him saying: 'I want to write this book about you.

It didn't. Because In Plain Sight , all carefully footnoted pages of it, is a devastating portrait of "Sir Jimmy", the hero of Stoke Mandeville, the nation's favourite eccentric, Yorkshire's most famous son. There is just so much material: harrowing accounts of year-olds who'd gone to have their tonsils out and ended up being raped in the hospital TV room; the testimony of friends and producers and former secretaries; the transcript of the police interview when he was told, under caution, about allegations of sexual assault made against him by former pupils at Duncroft approved school, in Staines; the cataloguing of his high-ranking friends in West Yorkshire and North Yorkshire police; details of how Margaret Thatcher lobbied for his knighthood.

Perhaps most bizarre and compelling of all, though, is Savile's own testimony against himself: the columns he wrote for the Sun, which detailed how he picked up teenage girls on Scarborough seafront; the accounts in his autobiography of how he'd rough up troublemakers in his days as a dancehall manager; the "3, birds" he'd slept with. Or what Davies calls his habit of dispensing "unorthodox high-wire alibis". In God'll Fix It , a slim volume of his thoughts on religious affairs, he stated how he believed that life consisted of credits and debits.

And that was his words in , which is at the end of the peak period, if the statistics from the Metropolitan police are anything to go by.

It is an incredible read; preposterous, unbelievable, utterly damning about the institutions that were taken in and duped by Savile: the NHS, the BBC, the royal family, the government, the civil service, the entire nation. And a cast of characters that spans everyone from Elvis Presley to the Beatles, from the Rolling Stones to the Queen to the pope.

It could never have been fiction. Everything about the Savile story strains credibility. The man who dressed like a paedophile was a paedophile. Though this is only one part of it — just as paedophilia was only one of his many crimes. It was the kaleidoscopic aspect of Savile's life that gave Davies the idea to write the book in the first place.

He didn't just want to write about Savile but had the idea that the history of the nation's popular culture could be told through him.

Who Was Charles Dickens?

From our parents' generation, he was someone who sat at the epicentre of the nascent British pop scene when it exploded and took over the world. He described it as being like the cork on the breaking wave. He was right there. He pioneered playing records in dance halls. He was hosting, arguably, the biggest show on radio for pop music. And then he got Top of the Pops.

For all those different generations, you've got such different things. And it was such a very long career he had. From the late 50s really right through to his death.

He Knew He Was Right

His fame was the bedrock of it all. It enabled access everywhere, afforded him protection and gave him an instant in with his victims. Unbelievably, in the 70s, he was the face of a children's book, Stranger Danger. But then he was the perfect face for it because he wasn't a stranger. We all knew who Jimmy Savile was. What becomes clear is that it's not just Savile who's in the frame here. It's celebrity. Our attitude towards it. The way we treat it. 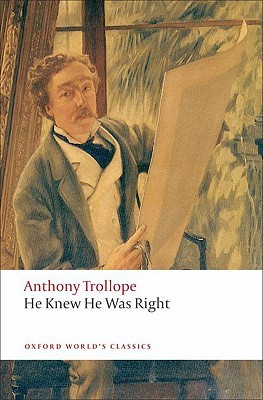 The adulation we afford it. He was somebody who said: 'I can't sing, I can't dance, I don't tell jokes — what do I do? But he came out of an era in which this sort of fame was a new phenomenon. That morphed into the 70s and 80s, when celebrity culture solidified and cemented to the point that when people might have been thinking, 'Hold a second, that's a bit dodgy', he was untouchable.

But this has gone largely uninterrogated, though it's Savile's untouchability that comes across so strongly in the book. One of the most enraging, bleakest moments of all is the transcript of the interview two police officers conducted with him in Victims had come forward — former pupils from Duncroft approved school. Their allegations were taken seriously. But even getting an interview with Savile had been an obstacle-strewn course. Files vanished. The CPS delayed for months.

When the interview did, finally, take place Savile ensured it was conducted on his home turf. They were calling him Jimmy. The investigation was dropped. People did try and report him but a lot of the reckoning that we are going through now is an understanding that the victims have a real issue with authority too. Has there really been a reckoning, though?

source link Have we actually processed the fact that a serial sex offender was at the heart of our culture, our national institutions, for 50 years? Or have we managed to simply write him off as a weirdo? I think it just feels like inquiry after inquiry.

We need to get to the bottom of why it happened. Why it was allowed to happen. Why people didn't feel that they could speak up, why they weren't believed when they did speak up, why they weren't listened to. If something good is to come out of this then, hopefully, that will be what it is. In fact, it seems increasingly clear that we haven't truly reckoned with the past. There have been inquiries into the police investigation of Savile. There have been, or are ongoing, NHS inquiries into 28 hospitals he had a connection with.